[00:00:00] Hey, everyone Mesh here and welcome back to our Wednesday short, the Talk Money Weekly, where we talk about current business events that pair with our Sunday newsletter. Today's episode, the Coinbase IPO.

[00:00:12] Now the big market news of last week was that Coinbase, the company that lets you buy and sell Bitcoin and other cryptocurrencies went public and reached a valuation as high as a hundred billion dollars or around $400 a share.  Now to provide a bit of context,

[00:00:40] So nobody wanted to invest in Coinbase at the time, let alone Bitcoin, when the price was $6. A few people did, and they believed in the company and the potential of Bitcoin and the fact that the founders wanted to legitimize it and those investors are doing really well.

So Bitcoin was really a bet on Coinbase and Coinbase was a bet on Bitcoin and it turned out well for everyone involved. And here's the thing back then, if it was just hackers and people using Bitcoin and everyone thought it was the shady dark webs, and you know, whatever you want to think about that because shady things are done with cash too.

[00:01:28] That's not the point. The point [00:01:30] is now a lot of different people are using Bitcoin. There's, I think, over  50 million people using Coinbase alone. And on top of that, they’re funds, they're institutions, they're banks. Everyone's involved in crypto and Bitcoin, and they're paying attention to it, right?

[00:01:44] This is the difference between now and then. It's amazing what 10 years can do.  And being a public company also legitimizes Bitcoin and crypto, because this is now the first major company to go public. And it was a really big one. And the chances that you and your mom or your dad or your bartender or your [00:02:00] dog Walker owns crypto is getting higher and higher.

[00:02:03] And they probably potentially bought it on Coinbase, which says a lot. The company  set out to be a user-friendly experience for everyone to get involved. And the other major thing that happened was that Coinbase did a direct listing instead of doing a traditional IPO where you would hire an investment bank like Goldman Sachs.

[00:02:20] And what they would do is that they would price your IPO. They would say, Hey, your IPO is, let's say $50 a share. We're going to go sell this to family offices and high net worth [00:02:30] individuals and the, you know, quote unquote institutional elite. And then those people on the day of actual trading, when the company's open to the public, you and me, let's say there's so much demand for it that now it's trading at a $100.  So a lot of people would just flip the stock for two times their money. And then the people who sold it earlier, the employees and the founders who sold it for $50,

[00:02:48] you know, they missed out on that extra two times their money. And so in a direct listing, what happens is the company allows for the market to determine what the price is based on the demand that's [00:03:00] out there.   The price opened at around $400 a share.

[00:03:03] It was insiders of the company actually selling their shares. So the founders, the employees and early investors were selling it to people like you and me who are buying it from them at the price that we were getting- $400, $380, $390, whatever you ended up getting. And that's actually a pretty good thing because it's okay to let these people take money off the table.

[00:03:23] They're selling directly into the demand flow.  And they're able to benefit from that financially, right? I think some [00:03:30] people are looking at it like, oh, the founder of Coinbase sold 12% of his shares and the CFO sold some of her shares. Like that's not a good sign.

[00:03:38] Why are they selling their shares of the market open? Listen, these people just spent 10 years building something that was seemed to be crazy. And now they're able to profit from them and they should. They deserve it. They should financially benefit from this. They should be able to go buy the house that they want, or the building that they potentially want, or  take care of their family members, or pay off their debts, [00:04:00] or potentially buy a helicopter or jet or whatever the hell they want to do with their money. Because what's going to happen is they're going to take some money off the table. They're going to feel a little bit of relief and they're going to get back to work. What do you think is going to happen?

[00:04:12] You think that they're going to sell their  shares and be like, all right, fuck you guys, see you later! We don't care about this company. They're a public company now. They have to continue to perform. And let's just imagine that just because they're now a public company at a hundred billion dollar valuation, it doesn't change their mission for what they want to do.

[00:04:29] A hundred billion is [00:04:30] just a milestone. If you really think that Coinbase is going to be something much bigger than this, meaning more and more people are going to own Bitcoin and buy and sell cryptocurrencies and potentially have wealth management services on the company. Or you could buy a mortgage or,

[00:05:02] It was super expensive when it was a $5 billion company. Stop thinking about that. Think about where it's going to be five to 10 years from now. If you have conviction on that, if you think that it's going to be the go-to spot for all things, crypto- buy, sell, wealth management, whatever it may be. Then maybe this is actually a good opportunity for you.

[00:05:36] That's not how I'm looking at stuff. I just really think that if you want to be long-term on things you got to think in terms of decade and not months or quarters.

[00:05:45]So I think overall it was a super cool event. This is a big deal for crypto and Bitcoin. And whether you're a believer or not a believer, you should be paying attention to it. This is the first major crypto company to go public. And it was a massive one. The other thing is, is that [00:06:00] direct listings are a thing.

[00:06:01] Other companies that have done direct listings are Slack and Roblox, and now Squarespace is going to be doing that. So there is a change to what's happening here. And I think it's really important that we talk about it. We really talk about like, what is to buy a stock today, in today's retail environment.

So that's it for this week. Make sure you've subscribed to our newsletter at thetalkmoney.com/newsletter to get more business news every Sunday.  And catch us here [00:06:30] next Wednesday. Until next time. 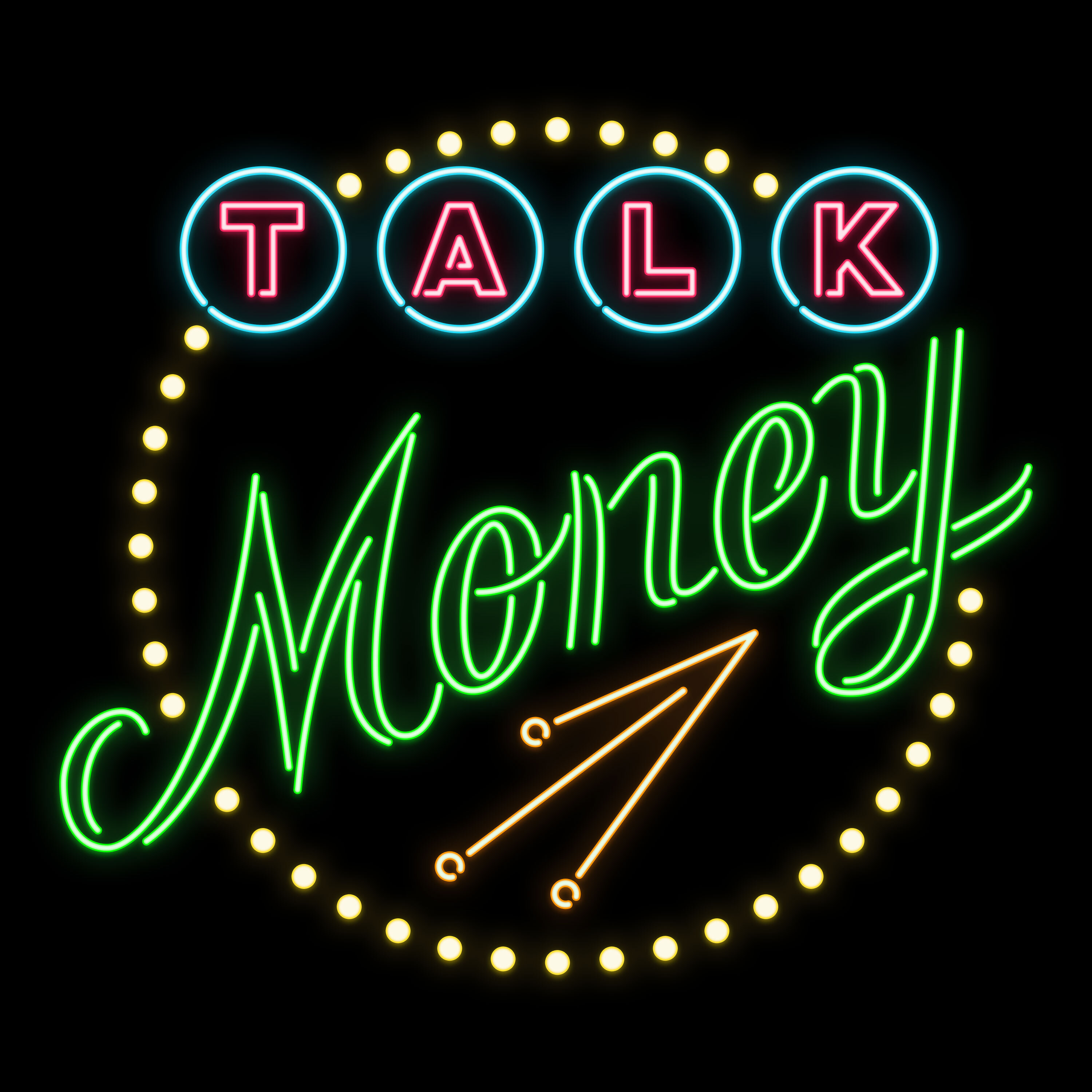